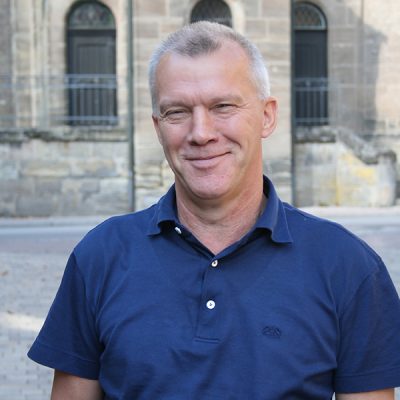 Phytobiotics is headquartered in Eltville, Germany. Over twenty years ago, in this town, Hermann Roth laid the foundations for the company focusing on plant-based additives. „Previously, I worked for Hoechst. This company was specialized in antibiotics and coccidiostats, among others.“, says Roth. In the late 1990s, Hoechst decided to sell this part of the business. This offered Roth the chance to develop his career in a new direction. „I had the opportunity to start with the feed additive Sangrovit® myself, a product that did not fit the product range of the new owner. This is how Phytobiotics started.“

Sangrovit® is a plant-based product that found its way into the animal production chain back in the 1990s. „In those years there was a demand from certain supermarket chains for antibiotic-free animal products. Finding an answer to this initial demand led to the first use of Sangrovit®. An herbal additive that added to pig feed helped to maintain feed intake. Beyond that significantly less antibiotics were used.“

With the increased social pressure on reducing the use of antibiotics in animal husbandry, the worldwide interest in products like Sangrovit® grew. Roth faced international registration procedures in order to be able to deliver the product to customers outside of Germany. „To do that, you have to be big enough. Registrations, especially at international level, require significant investment in research, data collection, legal process, and so on. Because of my confidence in the Sangrovit® product, I decided to invest in own production plant and development in order to serve the international markets.“ In 2004 the company opened its own production facility.

This choice turned out to be a great success. The extensive reduction in antibiotics led to a growing interest in products such as Sangrovit®. „Sangrovit® was certainly seen as a useful tool in the run-up to the ban on the use of in-feed antimicrobials and in the period immediately after.“, says the Phytobiotics CEO. 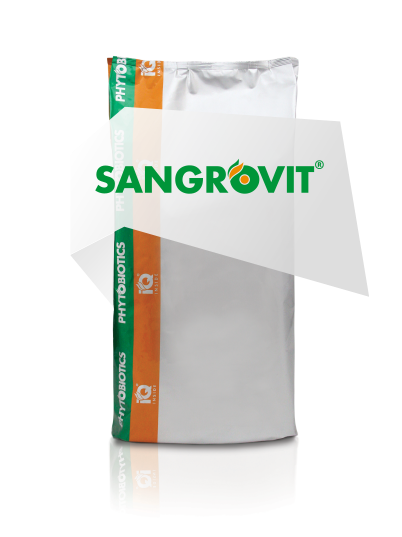 „But Sangrovit® is much more than an alternative to antibiotics.“, assures Roth. This also confirms the fact that interest in Sangrovit® is still unbroken and even growing. „Nowadays the product is valued for what it really is. Its properties make it a natural aid to supporting overall animal performance.“ This also explains why Sangrovit® has remained an integral part of many feed recipes, says the CEO. It has also been shown that the product is not only suitable for pig and poultry farming. „Sangrovit® is valuable to all farm animals: from fish to cattle and from day-old chicks to domestic animals. Due to its unique properties, Sangrovit® supports feed intake and contributes to an efficient and healthy animal production.“

Phytobiotics now supplies Sangrovit® worldwide. Sales amount to approximately 50 million tons of feed. „Half of the sales go to European feed, a quarter goes to Russia and Asia. The rest is used in feed on the other side of the Atlantic.“

A water-soluble variant was recently added to the range: Sangrovit® WS. „Although the Sangrovit® product has been on the market for 20 years, the development of this new variant proves that we are still learning new things“, says Fergus Neher, Regional Director Southern Europe. Sangrovit® WS inparticular offers livestock farmers additional flexibility, says Fergus. „Cattle farmers can now not only use it in feed, but also strengthen the animals through drinking water.“ 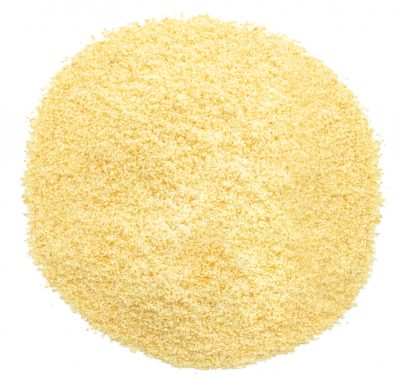 Immunity
Another product with which Phytobiotics makes itself felt in the animal feed industry is the Immune Milk. „It is vacuum dried colostrum, which is mainly used in young animal feeding to support the immune system at this stage of life.“, explains Roth.

Interest in colostrum arose when the use of blood plasma in animal feed was banned as a result of BSE. Since then, Phytobiotics’ Immune Milk has become an integral part of many milk substitute products for calves, especially on farms with high yields. „Calves drink about one to two liters of colostrum immediately after birth. The amount of immunoglobulins they ingest in this way is actually not sufficient for highly productive animals, to adequately support animal health. Calves that receive a milk replacer with our product get additional immunoglobulins hence increased immunity. Studies have shown that these calves will have a higher milk yield than calves that have not received any additional immunoglobulin via the milk replacer. Investing in the calf clearly pays off in the later stages of the animal’s life.“, says Roth.

The colostrum that is processed into Immune Milk is sourced from selected farms and freshly calved cows, that have a surplus colostrum production. The collection currently takes place mainly on selected farms in Germany. The colostrum is dried using a self-developed process. Through this procedure, all the nutrients and components are retained in the composition.

IBR free
Immune Milk is also valuable as a feed additive for young pigs and poultry. „Colostrum contains a high concentration of immunoglobulin and other antibodies, which also help piglets and day-old chicks through the sensitive first phase of their life. Piglets and day-old chicks that receive the product have been shown to be more resistant.“
In addition, colostrum is also used in dairy goat farming. Phytobiotics has developed an IBR-free variant especially for this purpose. „IBR is a virus that can be transmitted to lambs through milk. By collecting colostrum from IBR-free and paratuberculosis-free farms, dairy goat farmers can protect the next generation from contracting the IBR virus.“

Trace Minerals
Sangrovit® and Immune Milk had a big influence on the development of Phytobiotics. In addition to these products, the company is actively looking for innovations. This search has spawned new products in recent years, including chelated trace elements and Active D. These developments prompted Hermann Roth to invest heavily in expanding the factory in Bavaria. „We invested more than ten million Euros to set up a plant that will produce organic trace elements using a new, patented technology.“, says Dr. Roth. The High Pressure Fusion Technology brings metal oxide and amino acid together. The final products, chelated trace elements, are used both in animal nutrition as well as in crop production. „Stress is bad for animals and plants. It is important for living organisms to be balanced. When they experience stress, that balance is perturbed. Trace elements have a big effect on preserving this balance.“, he explains. The products are marketed for animal nutrition under the brand name Plexomin®. 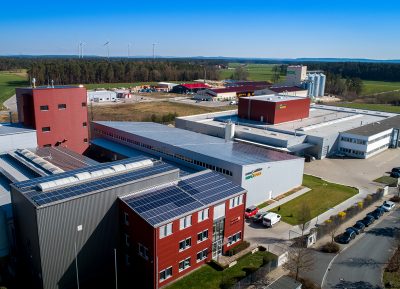 New factory
The construction of the factory is completed. In the meantime, the new products have been tested thoroughly. The results show excellent bioavailability in the animals. „We are confident in our products. Our new products show once again that nature already offers many solutions to prevent or limit problems in the food production chain. Nature itself has developed many defense systems. Healthy plants and animals are the result.“, concludes Roth. 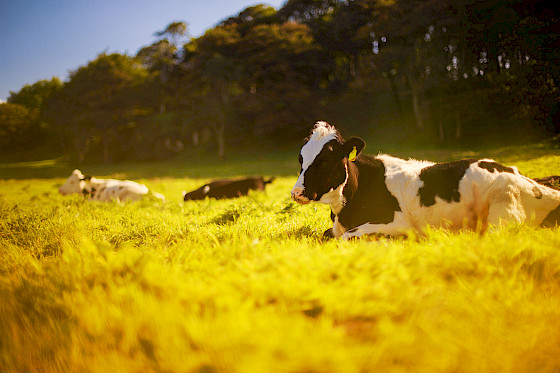 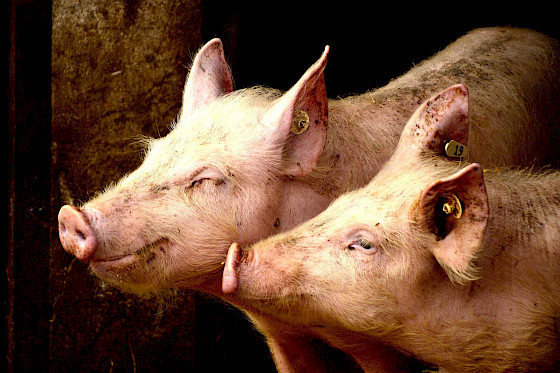 Novel strategies for stress mitigation in pigs
Phytobiotics recently participated in the XIII International Congress «Profitable Pig Production» in Ukraine and reported on the use of supplemental dietary isoquinoline alkaloids to ameliorate the effects of stress in swine operations.

Phytobiotics now in Spain and Portugal!
Phytobiotics establishes branch for the Iberian peninsula.

Get in touch with our experts in animal nutrition 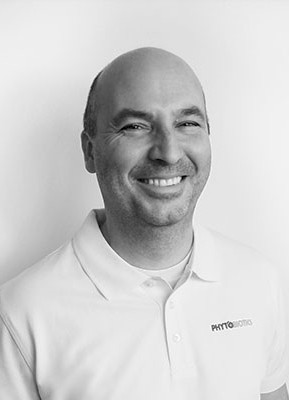 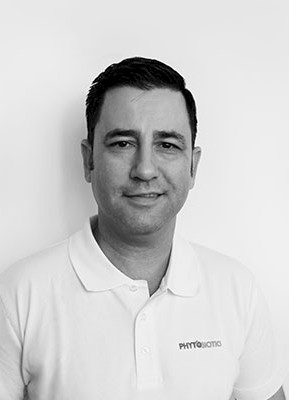 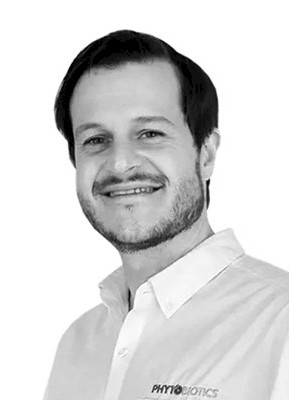